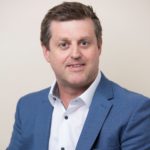 We are delighted to announce that Jonathan Whalley will be the next Chief Executive of St Christopher’s. Jonathan is currently a Regional Director of Children’s Services for Barnardo’s and brings a wealth of relevant strategic and operational experience with him from both the local authority and voluntary sector.

Jonathan began his social work career almost 30 years ago in residential care. He has worked at a variety of levels within children’s social care and with a particular emphasis on children who are looked after and leaving care. He was a senior, strategic leader for Luton Borough Council before joining Barnardo’s in 2008 where he has been the Director of Children’s Services for The South East of England. He has a proven track record as a change manager and is an effective strategic leader.

As participation is a key part of St Christopher’s approach, young people were involved in the interview process for the position of Chief Executive. Young people came up with the activity, where they built one half of a bridge in secret and applicants individually built a second half, before the two teams came together to combine their bridge halves. The aim was to see how well the candidates worked as a team and came up with creative solutions to problems.

Jonathan said: “I am delighted to have been appointed as the Chief Executive of St Christopher’s Fellowship. I am joining at an exciting and critical point with the huge responsibility of leading the organisation to achieve the objectives set out in the new five-year strategy. I was delighted to learn that social pedagogy has been embedded as St Christopher’s philosophy of care, and am very excited to bring my knowledge and experience to the role.”

St Christopher’s Chair of Trustees, Hanif Barma, said: “When I first met Jonathan, I knew he was a great candidate for the role of Chief Executive. We spent the first part of our discussion talking about participation and the involvement of children and young people, and Jonathan clearly enjoyed his activity with the young people as part of the selection process. The young people were particularly impressed by the creativity he showed.”

Current Chief Executive Ron Giddens announced his retirement earlier in the year after almost 20 years at St Christopher’s and two in his current role. We wish him all the best for the future and thank him for his dedication and passion to changing young people’s lives.