Comparison of the diversity of St Christopher’s Group Council of Trustees has shown that our board has wider representation than the national averages for charities.

St Christopher’s believes that diversity leads to better decision-making; without diversity, charities miss out on the widest range of skills, experience and perspective at board level.

The Charity Governance Code states “diversity, in the widest sense, is essential for boards to stay informed and responsive and to navigate the fast-paced and complex changes facing the voluntary sector. Boards whose trustees have different backgrounds and experience are more likely to encourage debate and to make better decisions”. However, national data shows there is still a long way to go to ensure charity boards reflect the diversity of the society they serve.

To ensure St Christopher’s is diverse at all levels, we compare the make-up of our Council of Trustees, made up of 13 members, to national averages.

We also recognise the importance of having a board made up of broad socio-economic backgrounds.

Although we are proud to show better than average diversity on our Council, we will not be complacent; we want to achieve better inclusivity. One of the areas that trustees are addressing is how to support young trustees under 30 to join our Council. As the Young Trustee Movement states “less than 3% of charity trustees are under 30… Given this statistic, charity boards desperately need young people’s perspectives”. 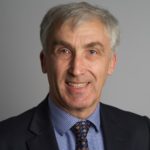 Bert O’Donoghue, Chair of Trustees (pictured), said: “As a charity for children and young people of all backgrounds and life experiences, it is essential for our Council to be equally diverse and representative. I am excited that we are exploring the recruitment of some younger trustees to Council so that we can further amplify the voices of young people in our decision-making.”

Please get in touch for further information.

© St Christopher’s Fellowship 2021. All rights reserved. A Company Limited by Guarantee in England No. 321509.